Three-time champions Ghana sent a strong message to rival title contenders with a 4-0 mauling of debutants Tanzania in their Group C opener at the 2021 U-20 Africa Cup of Nations in Mauritania on Tuesday.

Boah’s free-kick and Fatawu’s strike from the halfway line earned the Black Satellites a 2-0 lead at halftime with the burly striker completing his brace in the second half as the Ghanaians showed their early intention at the biennial tournament.

Ghana were leading by the break and duly deserved as they had been the more enterprising side in attack.

They were ahead after just four minutes when Boah’s freekick from range took an awkward bounce in front of keeper Daniel Mgore and leaped into the bottom left corner.

Tanzania were guilty of giving away cheap freekicks in dangerous positions and they survived two subsequent dead-ball situations with Boah driving both into the wall.

Tanzania had a glimpse of goal twice in succession in the 12th and 15th minutes, first Hassan Kapalata hitting one from range which skied inches over while the second from Novatus Dismas also flew over the bar.

On the other end, Ghana should have doubled the tally and Boah completed his brace when they turned over possession, the quick feet of Mohammed Sulemana feeding Boah on the left, but the striker’s shot flew over the bar.

Tanzania had slowly grown into the game and pulled the strings well in their passing, but failed to pose any danger on the most important end of the pitch; the final third.

Their surge was punctured right on the bally on the half-hour mark when Abdul Fatawi noticed Tanzania goalie Mgore off his line and took a brilliant shot a few yards away from the halfway line, dipping beyond the shot-stopper and into the net.

Stunned after going two down within half an hour, Tanzania remained determined to turn the tide, and they should have done better four minutes to the break when Abdul Hamisi brilliantly cut the ball back from the left, but South Africa based forward Ally Msengi struck the ball high and wide from good scoring range.

The Ngorongoro Heroes came back off the break a different side and straight from the restart piled the pressure on the Ghanaians. Nassor Hamoud was brought in for Kapalata, a change that was meant to solidify the midfield as they sought to overturn the deficit.

They came close nine minutes into the second period when Hamisi collected the ball from the left off a throwing but his shot on quick turning went just inches wide.

They came ever so close in the 67th minute when some beautiful combination play on the left saw a cross come in, but Kevin John’s well-angled header struck the bar. Almost immediately, Tanzania had another chance, Hamisi again galloping away on the right from a quick turn of play, but his final shot was inches over the bar.

Tanzania’s fight was punctured and perhaps put off in the 71st minute when Boah completed his brace with another sensational strike. The burly striker picked up a cross from Mohamed on the right before some magic feet sat his defender down to give him space to fire a left-foot belter past the keeper.

Tanzania attempted to respond with two shots from John, but both were easily collected by the Ghanaian keeper.

It was all over for Tanzania two minutes to time when the Black Satellites sealed the victory, Barnes signing off with the fourth with a calm finish past the keeper after Mathew Cudjoe’s defense splitting pass cited his brilliant run into the box. 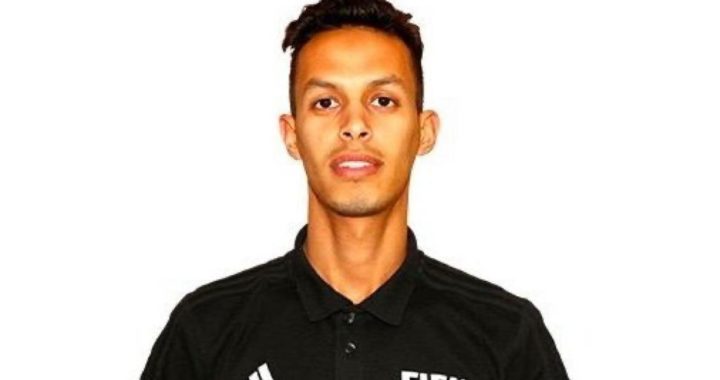 U-20 Afcon: Referee Bouh gets Ghana vs. Uganda final