The DDivision One League continued at the various venues with mayvhday 19 fixtures.

Real Tamale United beat Young Apostles 3-1 on match day 19 of the National Division One League at the Aliu Mahama stadium on Sunday.

Ronald Frimpong opened the scoring for the host inside 18 minutes before Fawzan Alhasssan added the second goal on the half hour mark. Mohammed Mustapha pulled one back for Young Apostles in the 64th minute but Mohammed Sadat scored in the 82nd minute to complete the job for RTU.

The win keeps them in second place – one point behind leaders Steadfast FC who drew 0-0 with B.A United at the Sunyani Coronation Park.

Elsewhere on Saturday, Tamale City beat Nsoatreman 1-0 at the Aliu Mahama stadium in Tamale with Patrick Mensah scoring the only goal of the match.

Berekum Arsenal needed a second half goal from Ali Mohammed to beat Unity FC 1-0 at the Golden City Park on Sunday. The win takes them to third place with 35 points after 19 League matches.

Zone One results at a glance:

Leaders Gold Stars failed to stretch their lead at the top of the table as they were held 0-0 by Unistar Academy on match day 19 of the National Division One League.

The Bibiani lads who have had a great start to the second round of the campaign are unbeaten in their last four matches, drawing one and winning three.

The have opened a seven point gap at the top of the table and sit pretty comfortable as the race for Premier League football intensifies.

Second placed Skyy FC made light work of Wassaman as they beat the latter 2-0 at Daboase to keep their title ambitions on course.

Seven points off the top spot, the race for the title is far from over. Francis Oteng Gyetuah opened the scoring in the 8th minute before Emmanuel Assafuah added the second in the 69th minute to give Skyy FC all the spoils at home.

At the Len Clay stadium in Obuasi, Asokwa Deportivo and Samartex settled for a 3-3 stalemate in a 6 goal thriller. Joseph Gordon, Collins Ampofo and Frank Osei Afriyie scored for Deportivo as Emmanuel Adu Siaw, David Lamptey and Sampson Eduku netted for Samartex.

Zone Two results at a glance:

Tema Youth maintained their unbeaten run in the Division One League following a 0-0 draw against Heart of Lions on match day 19 at the Kpando Park on Sunday.

The Harbour Warriors sit at the top of the Zone three table with 41 points – two points ahead of second placed Accra Lions who play against Vision FC on Monday. The two former Premier League campaigners failed to score after putting up a much decent campaign thus far.

Tema Youth paraded a very strong side that had their lead scorer Evans Osei Wusu (7 goals), Stephen Appiah Asare, Jermiah Akorful and Daniel Appiah in full flight – but the home side put up a solid display to keep them at bay.

In Akyem Oda, Kotoku Royals drew 1-1 with Phar Rangers on Sunday. Samuel Atta Kumi score in the second half to cancel Mohammed Nuru’s first half strike as the two teams settled for a draw.

Benjamin Armah scored a brace as Uncle T United shocked Nania FC 2-0 at the Nania Park at Legon. The lanky attacker scored in either half of the game to give his side the needed points.

Zone Three results at a glance: 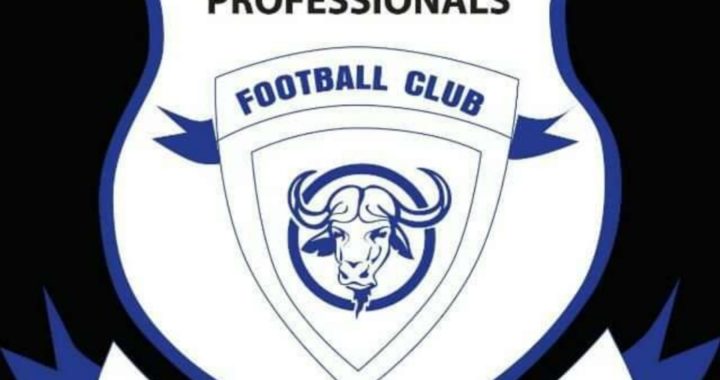 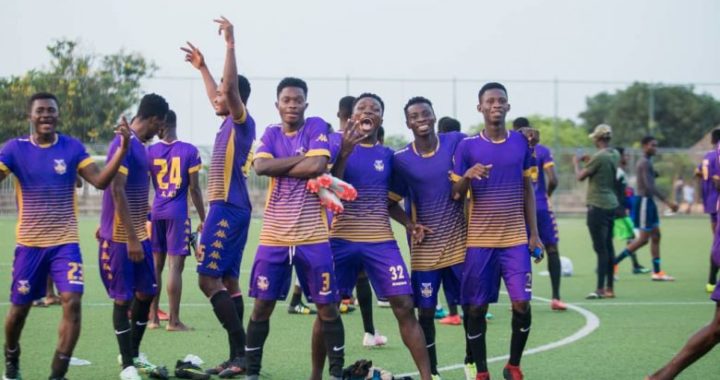 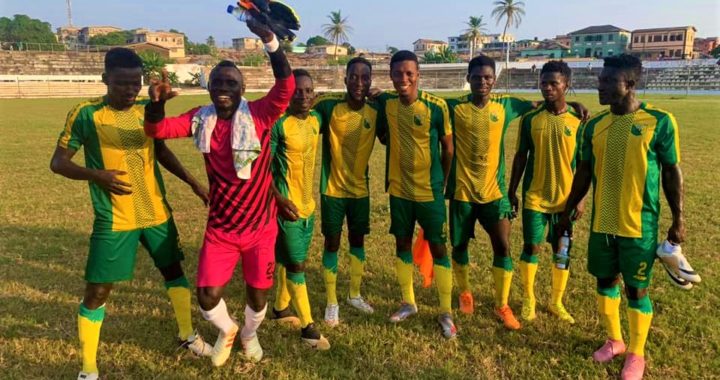