Alex Boakye drops his Captain’s armband and sits down. He and his team-mates from Chelsea’s under-10s have been called by their coach after a lacklustre performance. Chelsea had just played a 1 – 1 drawn game with their arch rivals ‘Old Town Arsenal in a home encounter which saw the captain score the equaliser at the Offinso Old Town sports complex.

Near the football pitch was a classroom which the home team used as their dressing room. Their coach, George Sarpong, was there to meet his players and discuss their ambitions. When asked what he wants from football, Boakye’s reply comes without hesitation. “I want to play for The Black Stars, and I want to play for one of Ghana’s top clubs,” he says. “I want my family to be proud of me.”

Aged 19, he has achieved one of those feats and his debut for Aduana stars against Hearts of Oak in the Accra sports stadium on Sunday was his latest footballing landmark. The versatile defender played the entire 90 minutes in a match that his side lost by two goals to zero. Whether he will have many more at the club remains to be seen, with reports suggesting he was being chased by a lot of clubs before he joined the Dormaa based outfit. He is, it seems, wanted by many of Ghana’s leading clubs. “I would’ve signed him to Kotoko if i had the power over transfers” – a very reliable source disclosed to me that a current Kotoko coach revealed to him during a discourse three days ago.

Being at the centre of such a high-stakes transfer saga is a world away from the environment in which Alex Boakye gained his earliest footballing tutorials. In fact, that came in the cages – Old town, a community in Offinso known to have seen greater footballing talents yet failed to bring any in the limelight. That known, he would leave his beloved town to Ahenkro on daily basis only to train and return home when he finishes the exercise.

The commute from Offinso to Ahenkro was too long to be feasible daily, and so came the first of many sacrifices the young Alex Boakye would make in pursuit of his dream: he left his family home and moved to Aburaso, a town in the suburb of Kumasi to play for Sampdoria; a colts side at Agric Nzema. His exceptional performance earned him a move to GMG academy where he travelled to Belgium for trials.

From Belgium, he was reunited with his former gaffer, George Sarpong, who took him back to Offinso Ahenkro to play for a division three club, Afigya Barcelona. The mercurial defender qualified the team to division two during his short stint there and then moved to Techiman City for a season long loan before joining Aduana stars in the just ended transfer window.

Hussein Frimpong Kaka was an attacker in Chelsea’s academy and a schoolmate of Alex Boakye. “He’s always mentioned big clubs – Real Madrid, Barcelona, PSG,” Kaka tells Footydreamsgh.com. “It was always part of his plans. He sacrificed his youth for football.”

This writer admits there was so much internal hype over Alex Boakye at his days with Old Town Chelsea, but when he first saw the defender in action as a 10-year-old, he was in no doubt he’d seen a future star. “I just remember everything being so smooth and elegant for Alex,” says Tabi Adade Messi who used to drill the Tutuasi team to face Boakye’s Anou side in Christmas Galas’. “He never gets tired. When a players drop a shoulder, no-one moves but when Agumba does it, people fall over.

“What I liked about him was his fearlessness. He was always looking to take players on, to try new things and be creative.” Andrews Oppong who’s a sport journalist remarked after watching him play for Old Town in a match at the Offinso State A park.

To continue improving, Alex Boakye needed to be challenged, and nobody was more aware of that than the player himself. Coach George Sarpong would often set up uneven teams for training games, testing his players in matches of nine against seven or 10 against six. Alex Boakye always wanted to be on the side with fewer players. And when the coach reversed the usual dynamic one time – insisting the winners, rather than the losers, were to do punishment sprints – Agumba was just as determined to be victorious as ever and led his team through the forfeit.

“The good thing was he came and didn’t think he was anybody superior in my team – he just wanted to train and work hard.”

“What you’ve seen of him is nothing compared to what’s to come.” – Kalusha who’s the team manager of Afigya Barcelona told me in an interview with him yesterday.

Look, for a tiny 10-year-old to confidently discuss his football dreams alone with his coach in that school dressing room is one that you don’t see much among football talents in Offinso. Now, unlike his colleagues, Alex Boakye imagined his dream and is living it just at the age of 19. Agumba’s story is one of opportunities seized, his success is a triumph of will as much as talent. 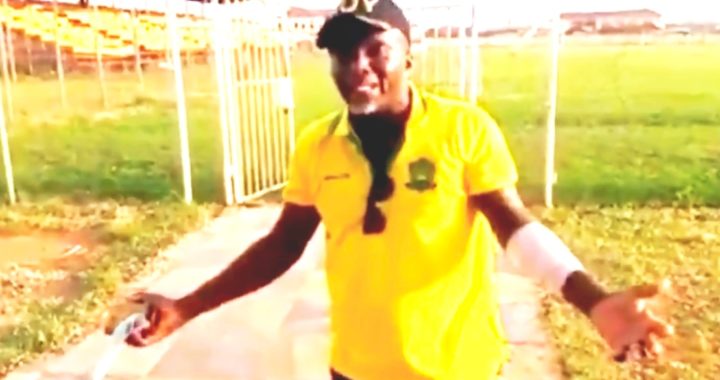 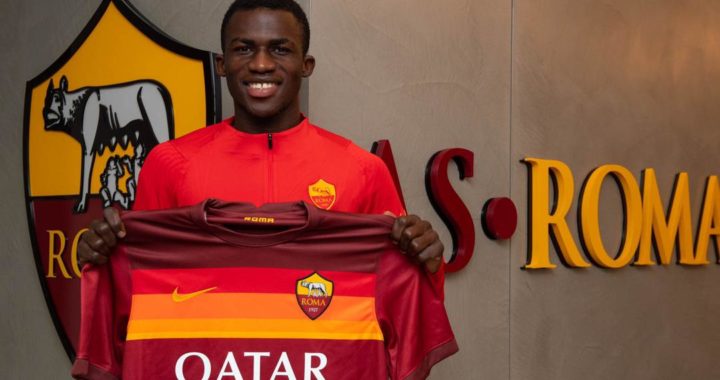